Bijan Pakzad, A legend who passed away far from home!

Most of us, doesn’t know much about this legend who owned the most expensive shop in the world! By saying that, I don’t mean the general idea about who he was or what he did. -Thanks to Wikipedia which provided all for all- but rather the deep understanding of how he did it.

First, I should admit that one of biggest regret that I have in my life is not visiting his gorgeous boutique in rodeo drive St. in Beverly Hills while I was visiting US in 2009 & when he was still alive.
Bijan Pakzad had such a unique taste of beauty which can be seen in every detail of his work, whether he was doing an interior design for a luxury house or design a limited edition car for a famous celebrity.

His deep attention to every single small details, is one of the big reason why his boutique became “the most expensive store in the world”, described by The Detroit News 1.

Bijan offered one-stop shopping, all in styles he was happy to dictate. His very unique taste of design was beyond all famous brands, that’s why you see designers like Oscar de la Renta, Tom Ford&Giorgio Armani on his clients list.2

Bijan is obsessive about the store’s decor, both inside &out. Voluptuous red geraniums in pots cascade from the roof’s edge onto the ochre stucco of the Tuscan-esque storefront. Dozens of rough Moroccan urns, stacked in layers, fill a niche cut into the concrete to the left of the gigantic etched glass front door. (Repetition is a favorite visual motif: Bijan’s gated stone mansion is encircled by more than 300 pots of red bougainvillea.) 3

In one window, a cashmere coat with a brown chinchilla collar is draped over a chair fit for a conquistador. Another window features a cluster of yellow rosebuds in a silver vase& a bedspread of yellow mink lined in a silk sword print Bijan designed after he acquired a saber once owned by Napoleon.3 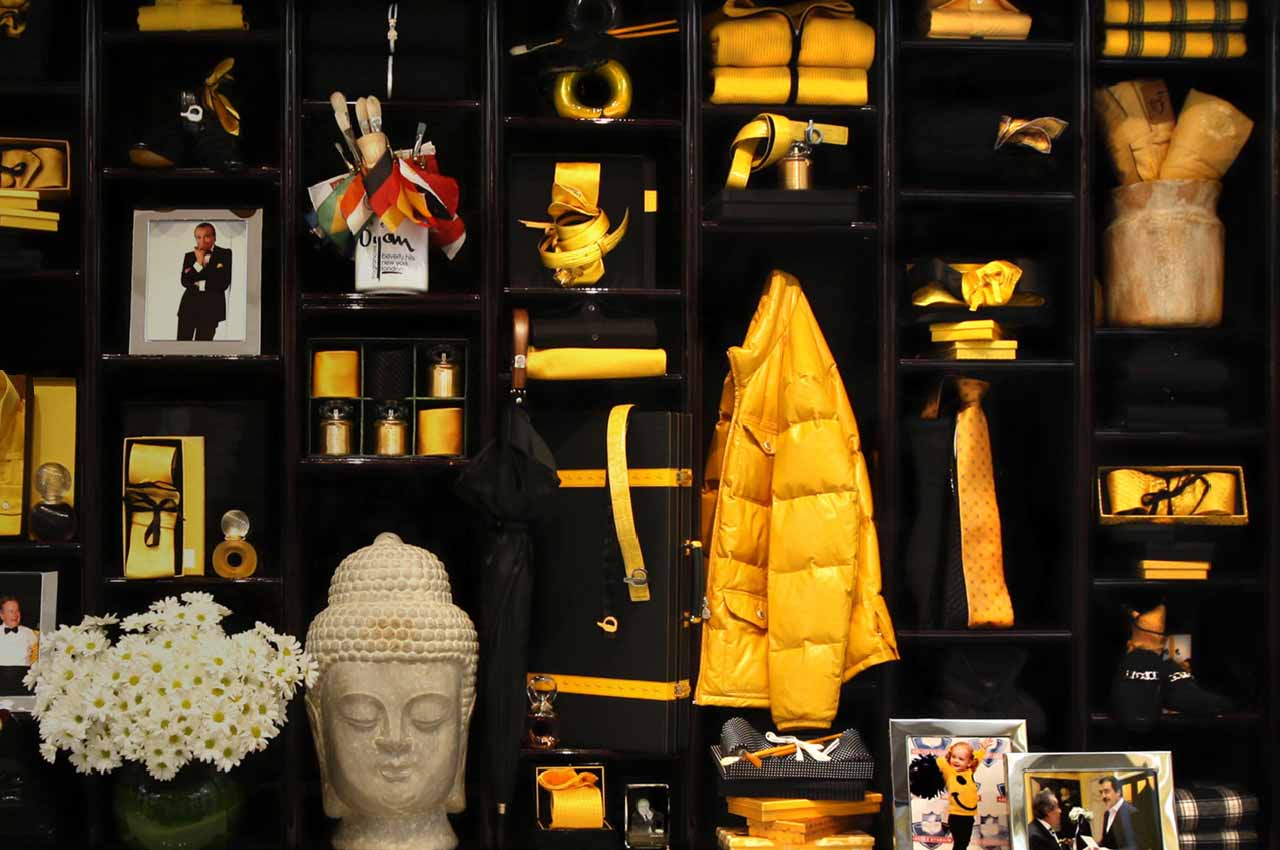 The interior of the boutique is decorated in a style best described as surpassing opulence. Bijan, who has a flair for hyperbole, says a renovation completed two years ago cost $12 million. The two-story room is dominated by a sweeping marble staircase & a chandelier fashioned of more than 1,000 Bijan perfume bottles, pretty crystal doughnuts filled with amber liquid.3

Free-standing racks of clothes would be too pedestrian for the designer. A jacket of kangaroo hide is stuffed into an enameled ladder. Piles of artfully dishabille ties nestled in matching signed &numbered silk-lined boxes sit on a gleaming mahogany table. Behind a towering African palm tree, what appears to be an 18th century bleached wood armoire is actually the door to a dressing room. “I bleached it to make a primitive, chic statement,” Bijan explains. Another simple touch is a weathered wooden canoe, a gift from a Brazilian politician, which is mounted high on a wall, suspended over shelves of brilliantly colored cashmere sweaters. 3

More perfume bottles function as doorknobs on six closets that hold prototype wardrobes. “There is real perfume inside,” Bijan says, flinging open a door. “I can’t stand if things are phony.” In one closet, jackets & suits &compartments displaying ties, shirts, sweaters, belts & shoes offer a study in shades of yellow & gray. The palette in another is orange, gold, black & brown, strong colors most American men wouldn’t wear off the golf course. “These aren’t for a doctor or an attorney,” Bijan says. “Three-quarters of my clients are American, & I sell more of the conservative style. But I love the beauty of the bright colors. If you know when to wear flamboyant things, they can be beautiful.” 3

Byooteefool! With a new order of clothes, Bijan’s best clients receive leather-bound albums with their names engraved in gold on the cover. Inside are color photographs of what he’s made for them, presented as outfits with legends explaining which ties work best with the lavender shirt & charcoal cashmere jacket, or that the indigo linen jacket should be worn with a pale pink T-shirt in the south of France. Those in the inner circle get two albums a year. 3
Each fussed-over detail enhances the image of Bijan as the place to find all the luxury money can buy. “I spent $100 million on me,” he says, “on my ads in print & television. I don’t look like Tom Cruise, but that wasn’t the point. Introducing myself is marketing. Then, later, if I help a customer, he thinks, ‘It’s him!’ And he knows that Bijan, himself, is doing all those special things for him.” 3 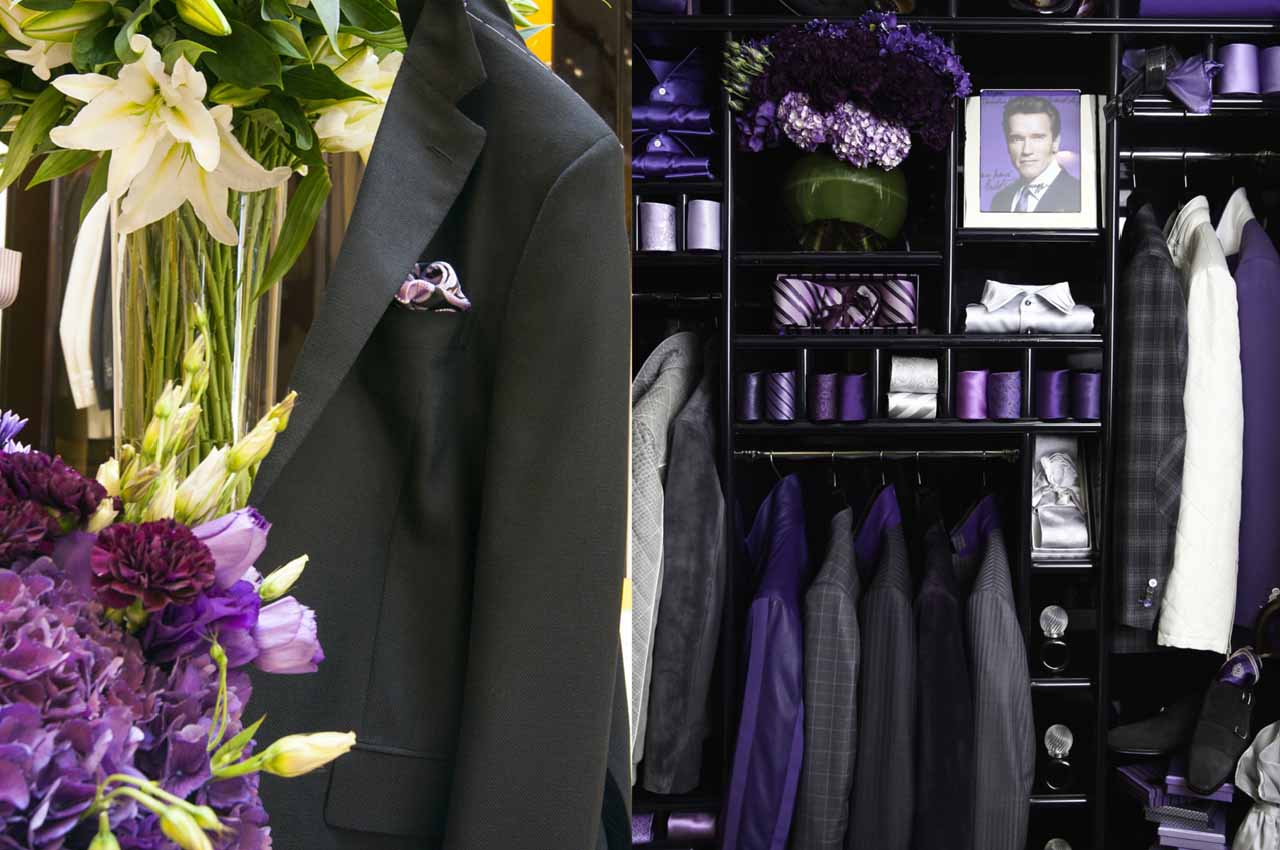 Unlike many of his fellow Tehrangeles residents, he hadn’t changed his name to Bob or Bill. He was & would always be Bijan, the exasperatingly beautiful original Iranian name from the “Book of Kings (Shahnameh),” the masterpiece epic poem written by Ferdowsi, the poet many Iranians credit with embalming the Persian language into a land & people where it is still spoken today even as many of Iran’s neighbors lost their ancient tongues to invaders & settlers. “The reason for my success is because I’m Iranian,” he said once. We never doubted it, or forgot his words. 4

Bijan Pakzad is one of those characters that the more you read about the more inspired you get. He is one of the best example of an enthusiastic Iranian who focused on opportunities rather than threats. He was always building his own way as he once said:
“The world said conform, the world said settle for less, the world said compromise & no one will know…so…I made my own world!” 5

He had so many ups & downs during his lifetime -as many of us do- but his humble smiley face& his confident pleasant character,never changed through the way. He worked very hard to achieve what seems impossible for many of us. “Impossible” was the world which didn’t exist in his dictionary &that’s a lifetime lesson, we should learn from him. 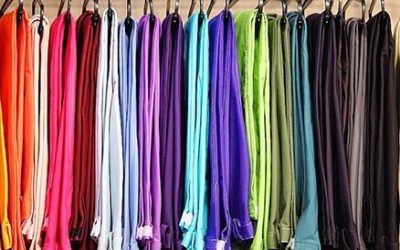 Colors are magical. Our lovely planet earth wouldn’t be as much beautiful as it is, without colors. There are unlimited shade of colors in the nature which are beautifully combined together and create magical views. Colors help us to get the... 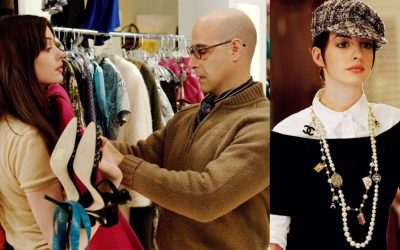 Fashion stylist, who is known also as wardrobe stylist or celebrity stylist, is consultant who is responsible for crafting and coordinating garments and accessories to create outfits for models, actors, or other clientele.1 Despite the fact,... 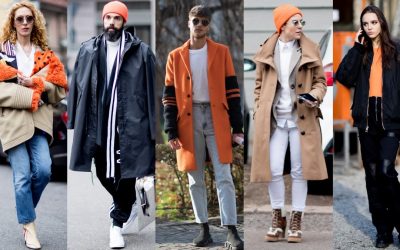 What is street style & where does it come from

Street fashion has evolved from the streets and not from runway shows or designers. It is generally associated with youth culture and lifestyle and is most often seen in major urban centers. Street fashion, unlike other fashions, does not cover...